By displaying the Roma flag at the ŽOP Town Hall on August 2, we joined the commemoration of the Day of the Roma Holocaust.
On the night of August 2nd to 3rd, 1944, the Nazis murdered the last inmates of the Gypsy Family Camp in Auschwitz-Birkenau in the gas chambers. A total of 23,000 women, men and children were imprisoned in the camp during the 17 months of its existence (from February 1943 to July 1944). Approximately 20,000 Roma and Sinti prisoners and prisoners were murdered in the camp in gas chambers, by starvation, lack of care and torture. 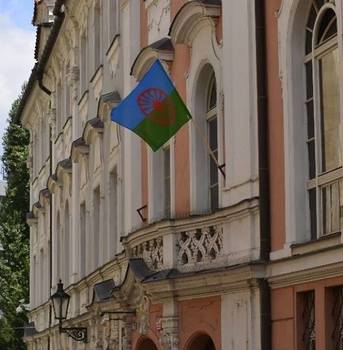 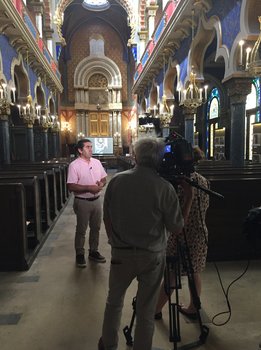 Thanks you for visiting!
Did you know that you can visit the Old-New Synagogue with a guide? Guided tours of the Jewish Town are organized in
cooperation with  Židovské muzeum v Praze. 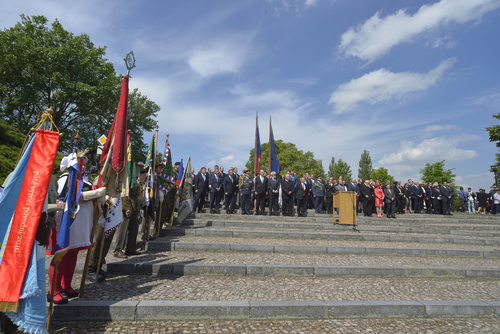 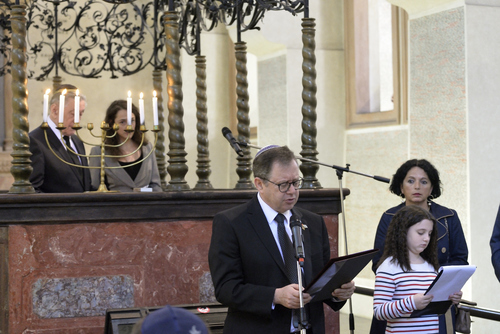 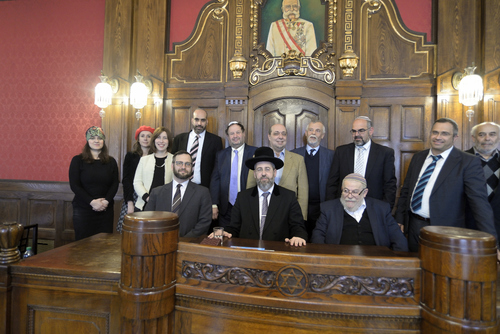 Visit of President of the State of Israel Reuven Rivlin to the Jewish Community of Prague on October 22th, 2015